・Front cover of the magazine 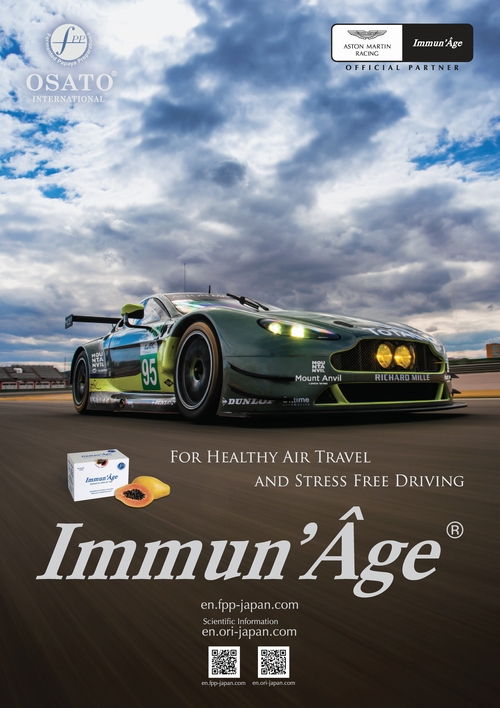 Immun' Âge has been an official partner of Aston Martin Racing since 2005 and has been loved by Aston's drivers and mechanics.
The advertisement is consist of Aston's machine and Immun' Âge, and in the page next to the ad you can read an article on Aston's achievement in the 2016 FIA World Endurance Championship (WEC), including GT drivers' title of Nicki Thiim and Marco Sørensen and the World title of the GTE pro team. 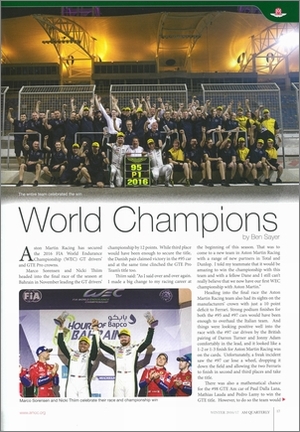