This week, we received good news from Aston Martin Racing.

Here is an excerpt from formal news release of the Aston Martin Racing official website:
Sunday, 1 August, 2021, Spa-Francorchamps. Aston Martin's customer-focussed Vantage GT3 achieved its best overall result in the Total Energie Spa 24 Hours this weekend, with the #95 Garage 59-run entry finishing third in the hands of Ross Gunn (GBR), Marco Sørensen (DEN) and Nicki Thiim (DEN). The Vantage GT3 is already a class-winner in the event, following TF Sport's Pro-Am victory in 2019, but this is the first time the car had achieved a podium in the overall standings. Aston Martin Vantage GT3 recorded amazing double podium, with the #159 Garage 59 entry also achieving podium in silver cup.

Garage 59, which ran the additional one-off 'Pro' entry with support from the Aston Martin Racing factory, was a leading contender in the Pro Cup, Silver Cup and Pro-Am classes through much of a thrilling, incident-packed race.

Having started eighth, like most of the field, the #95 spent nearly 90 minutes behind the Safety Car while the wreckage of a huge four-car accident was cleared. After that, the route to the podium for the 'Dane Train' was not straightforward with more incidents for rivals, Safety Car periods and weather blurring the competitive picture.

With eight hours to go, three cars emerged in contention for the win, including the Garage 59 Aston Martin which was running an alternative strategy to its rivals. But when two further Full Course Yellow periods allowed the Aston Martin's rivals to make additional stops, it neutralised the advantage of Garage 59's game-plan.

While racing into this strong position, Thiim had set the fastest lap of the race just after dawn, and Gunn and Sørensen followed that up with blistering stints of their own. Firmly established in a podium place, the team never gave up and closed to within 40s of their rivals before another sudden deluge transformed the race again with 30 minutes to go. But with the Aston Martin separated from the race leaders by the track position of the Safety Car, third was the maximum result achievable.

"It's a strange feeling to finish third but know there was more you could have achieved in different circumstances," said Thiim. "The car was fast, and I think we had the package to win. Working with Garage 59 was great and they, combined with some of our old WEC crew, made a great team. We definitely had the speed and the car to fight for the win, but just not the luck."

Sørensen, who was in the car at the finish, added: "Those were some incredible conditions to drive. The Vantage GT3 was fast through-out and maybe we could have won, but in the end it was important to finish and third is a great result. I've enjoyed my first Spa 24 Hours and I want to come back and finish the job."

Ross Gunn said: "In the past, when I've raced in this event, it's been in the Silver or Pro-Am classes when you're constantly having the Pro cars charge down on you into the braking zones, so it was great to be the one doing the lapping this time. Fighting at the front all race with the Vantage GT3 showed its capabilities as a racing car and proved it can be a contender with the right team in any top championship around the world."

Aston Martin Racing, Managing Director John Gaw said: "This was the first true manifestation of how we can showcase the capabilities of Aston Martin Racing as a support network and supply service for customers in a major endurance event. This is one of the biggest GT3 races in the world and a tough race to take on for sure, particularly in the Pro class with just one entry against all the German manufacturers, Ferraris and Lamborghinis. To get the small pot is nice, but we wanted the big one. This is still a step in the right direction, and we want to be able to do this with more customers around the world. It was also good to show the capabilities of the GT3, both in terms of reliability and performance and we have got a really strong team to do that with, whether it be in engineering or drivers."

AMR President, David King, said: "The combination of Garage 59, Aston Martin Racing, and some of the world's best GT drivers has proved outstanding this weekend. To finish in third overall and on the lead lap in the Pro class is a tribute to the skill of the drivers, the team, and the pace and reliability of the Vantage GT3. Congratulations to everyone involved, and a special thanks to our longest serving partner, Immun'Âge, whose loyal support has helped enable another success for Aston Martin."

The Garage 59 Aston Martin Vantage GT3s are next in action in the Fanatec GT World Challenge Sprint Cup at Brands Hatch, in the UK, on 28-29 August. 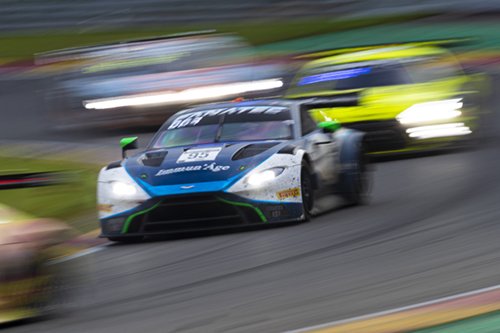 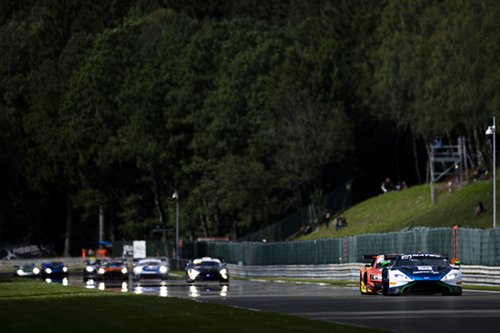 State of the race 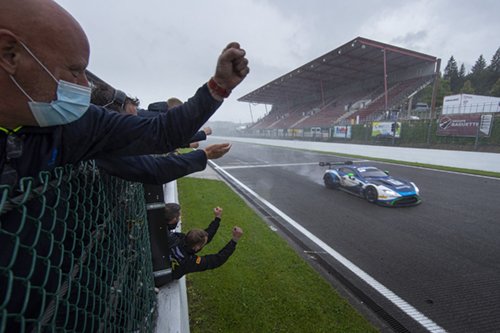 Moment of the goal 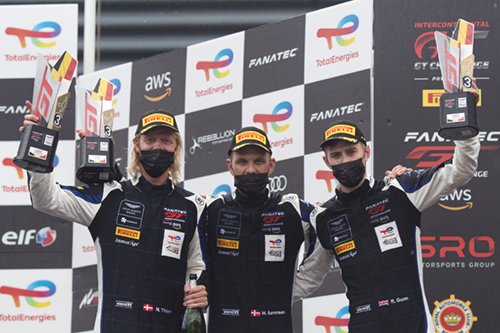