Le Mans 24 Hours race was held on 14th and 15th of June at the La Sarthe circuit.

Since the Aston Martin came back to Le Mans in 2005, the Osato Research Institute has been supporting drivers' health of Aston Martin Racing with Immun'Age (FPP - Fermented papaya preparation) as their technical partner. The purpose is to prevent drivers' oxidative stress during the race and decrease DNA damage. In order to prove it scientifically, analysis of blood samples of the drivers were necessary, though it is impossible to get them during the race. However, it has become possible through collaboration with the Grenoble University to obtain results from analysis of urine sample.  In 2007, we conducted a research with 009 DBR9 drivers during Le Mans 24-hours race. The result was Aston Martin's first victory since they triumphed overall in 1959 and we gained a data to prove DNA damage decrease of two drivers - David Brabham and Darren Turner - who took FPP.

At Le Mans 2008, all the members of 009 DBR team including drivers and pit crews took FPP. And then, let me be allowed to say that the drivers, car, and all the team members not only formed a firm unity but also accomplished a great achievement of the two consecutive years wins.

Oxidative stress and its changes Linked with www.ori-japan.com 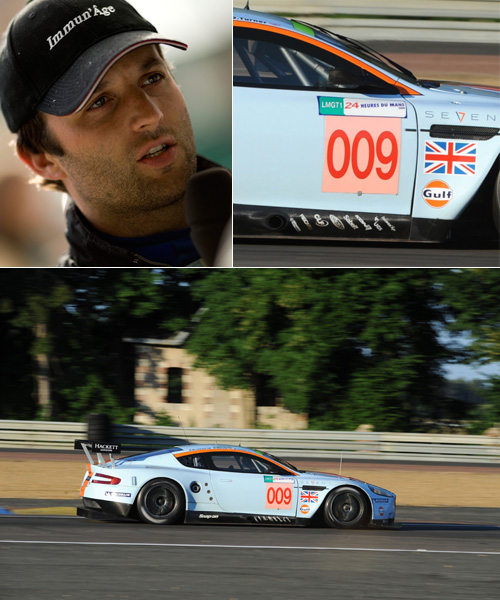