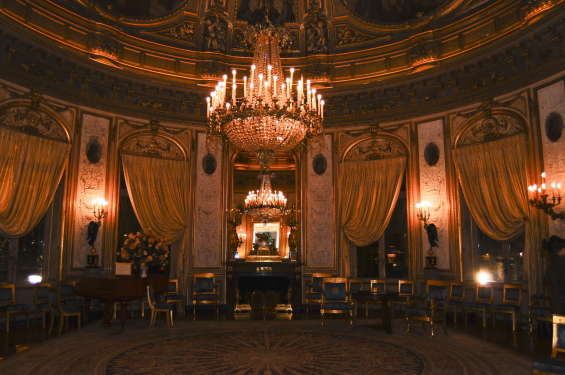 During the world war second, "Penelope Association" was established in France as a voluntary organization to help financially-troubled women who lost their husbands. The association offers them jogs which they can do at home, such as embroidery. The management of ordering and inventory control is done by women of prestige or economically-advantaged women as volunteers and the sales profit is paid to the embroiderer.
The "Penelope Association" has more than 50-year history and started as handworks by women with no name, but now "Penelope" means "line of the highest quality" because of their delicate embroideries. In 1972, some interior designer provided their design and made a presentation of table coordinates focusing on linens with delicate embroideries. It was the first "Penelope Exhibition".
This exhibition is not known very well in Japan, yet it has been held annually somewhere in the world and the creative space designs made by leading French designers has been spotlighted.
We have been supporting the "Penelope Exhibition" since 1999. In 2009, the exhibition was held at The National Museum of the Legion of Honour in Paris from December 9 to 20. In the museum, decorators and designers presented their own table coordinates using Penelope linen with beautiful embroideries keeping to the feel of each room. Visitors should have been surprised by wonderful art of Penelope linen which has been well kept and traditionally developed and also inspired by pleasure of "dining" created by designers' artisan skills. 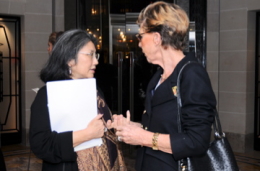 Ms. Chiyoko Motono, left, who is our old friend and the organizer of this exhibition